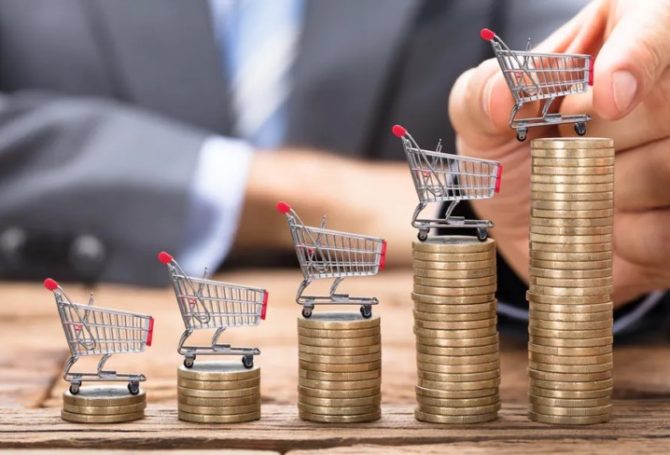 American confidence in the economy has plummeted from 70 percent in January 2020 to 18 percent in December 2021, according to Gallup polling. The sharp decline is generally blamed on rising inflation, which at 7 percent stands at a 40-year high.

Inflated prices for groceries, cars and gas tend to obscure that the US economy in 2021 grew by 5.6 percent, the largest annual jump since a 7.2 percent surge in 1984, which was nearly 40 years ago. Wages are rising. Child poverty is declining. Home values and stock prices have prospered. There are twice as many job openings as there are people looking for jobs. So, why are so many Americans glum?

One potential answer is COVID fatigue. The virus has stubbornly refused to go away and keeps returning in swarms named after Greek letters. Lockdowns in early 2020 dashed a vibrant economy and led to a series of public health mandates regarding remote work, social distancing and masking. However, even the unprecedented rapid development of COVID vaccines failed to lift the national spirit. Instead, requiring vaccination became another litmus test for personal liberty. It is a disquieting mess. And Americans seem resigned to live with the mess.

None of this is uniquely American. Inflation has spiked in Canada, Europe and Britain in sync with the United States, albeit at a slightly lower 5 percent rate. The rest of the world has endured the same waves of coronavirus, including large chunks of the globe suffering without as much access to lifesaving vaccines.

President Biden’s slumping poll numbers reflect criticism he failed to act sooner and decisively to curb inflation. Biden and his administration have taken steps to convince West Coast ports to work around the clock to clear cargo backlogs and ease licensing requirements to attract badly needed delivery truck drivers. But those and other actions have failed to convince Americans the economy or Biden’s agenda is headed in the right direction.

It’s unsurprising that many fixate on higher inflation, of which they are reminded daily at grocery lines and gas pumps. It may be viewed as unfair that voters are likely to remain unhappy even if inflation abates.

It didn’t help that Biden’s human infrastructure spending plan, Build Back Better, cratered in the Senate for lack of Democratic votes in support and no support from Republicans. Biden campaigned on returning the country to calm and normalcy and reviving a bipartisan approach to legislating in Congress. The White House has stopped being a daily distraction, millions of people have been vaccinated and a $1.2 trillion infrastructure was enacted with bipartisan support, but so far that hasn’t been enough to quell voter disappointment and disillusion.

The Federal Reserve has made unmistakable signs it will inch up interest rates as early as March to tamp down inflationary pressure. Some economists believe inflation will naturally decline because supply chains are being unclogged, the job market has almost fully recovered and federal short-term stimulus efforts have mostly ended. However, it is unlikely inflation will recede to 2 percent or from the national dialogue before the midterm elections in November. Partisans will have ample opportunity and motivation to punctuate whatever rate of inflation remains.

Very possibly, economists will look back at this time and recognize an ironic disruption – the economic stimulus by the Fed and Congress was extremely effective, but it outpaced the market’s ability to rebound as quickly. In addition, the uneven recovery exposed cracks in supply chains, aggravated by a virus that swept continents in waves and governments that responded very differently.

It’s a lot to expect average citizens to comprehend the details of a complicated economic story. It’s unsurprising that many fixate on higher inflation, of which they are reminded daily at grocery lines and gas pumps. It may be viewed as unfair that voters are likely to remain unhappy even if inflation abates. But unhappiness isn’t the only factor in influencing how people vote, especially swing voters who aren’t cemented to either major political party or ideology.

Many, if not most Americans would be relieved if the COVID threat retreats, mask mandates disappear and a semblance of normal life returns in schools, buses and restaurants. Of course, by fall there could be a new public anxiety that animates political discourse and influences voting.