We help you prepare for a crisis by conducting an issues audit and developing realistic crisis scenarios. When a crisis occurs, we come to your side to guide external and internal communications with an eye toward preserving your reputation and putting the crisis in the rearview mirror. We have provided crisis counsel to industrial helicopter companies, universities, executives under investigation and doctors dealing with a colleague accused of sexual abuse.

We dig deep to understand your public affairs challenge, then assemble a customized plan to address it. We tap our vast network of contacts and sources to gain insight on the challenge, which we wrap into a public affairs strategy with a clear, attainable objective. Working in close coordination with clients, we begin the outreach to elected officials, regulators, key influencers, experts, interest groups and news media to push for the intended outcome.

We will work with you to develop effective key messages and a strategy to convey them. We write press statements, generate web and social media content, create visual communication tools and design presentations. We create lists of key media to contact and handle outreach to reporters and editors. We plan and carry out editorial board tours.

We assist clients in developing and executing strategic communications plans. We base our plans on solid research to ensure key messages resonate with intended audiences and reach them through a trusted messenger on their preferred communication channels. We scale strategies to work within available budgets. We work with partners to produce compelling print, video and digital content and to promote it smartly on traditional and digital media platforms.

We conduct communication audits to see how well you are connecting with your community, employees, consumers or news media. Audits can include one-on-one interviews, telephone and online surveys and analysis of news media coverage and social media engagement. Our audits inform specific communication recommendations on how to improve outreach and strengthen connections.

We offer customized media training for individuals, small groups and staff teams. Our media training sessions provide an overview of the media landscape, the skills to craft effective messages and interview tips. We conduct and videotape simulated media interviews to critique performance. Our goal is to prepare individuals for a media interview, press conference, major speech or a crisis spokesperson role. Gary co-founded CFM in 1990 after a friendly spinout from Tektronix. He has been a federal and state lobbyist and now focuses on public affairs, including crisis communications. Gary began his career as a reporter and editor for daily newspapers before moving to DC to work as staff director for two Oregon congressmen. He returned to Oregon in 1982 to work for Tektronix as public affairs director. Gary grew up in a suburb of Denver and graduated with an English literature degree from Seattle Pacific University. He is an avid writer and enjoys traveling with his wife throughout Europe, especially in Italy. He was appointed to represent Washington County on the Tri-Met board of directors and Metropolitan Exposition-Recreation Commission. He earned a Silver Anvil, the “Oscar” of the public relations industry, for a successful, multi-year project to create a competitive energy market. [Secret ambition: To be a stand-up comic] Norm offers strategic communications counsel on large, complex infrastructure and economic development projects that involve multiple jurisdictions, logistical challenges and big price tags. He joined CFM in 1999 as a partner after playing various leadership roles at the former Oregon Graduate Institute, including successful advocacy for state funding. Norm cut his public policy teeth working for Multnomah County Executive Don Clark. A native Portlander, he earned degrees from the University of Puget Sound and Portland State University before earning his PhD in history from the University of Illinois at Chicago, when he became a relentlessly disappointed Cubs fan. In 1994, Norm won a Fulbright Fellowship that enabled he and his wife to spend six months in Seoul, South Korea and eventually author a book about Korean environmental policies. He was a faculty member from 1983-2019 at the Pacific Northwest College of Art. Norm served two terms as president of the Westside Economic Alliance and chairs the board of the Wind & Oar Boat School, a reflection of his keen interest in sailing. [Secret ambition: To crew a sailboat in the Transpacific Race to Hawaii] David provides local, state and federal advocacy for CFM’s clients in Washington, with a focus on infrastructure, natural resources, international trade and waterway issues. He worked as Washington Senator Patty Murray’s Southwest Washington director prior to joining CFM in 2019. Previously, David served as a legislative assistant at the Washington State Legislature. He hails from Vancouver and earned a bachelor’s degree in communications from Washington State University in Pullman. David and his family enjoy traveling to tropical climates or visiting theme parks. He has a passion for cars and looks forward to the transition to electric vehicles. He also is fascinated by all things science fiction. [Secret ambition: To run for local or state office when his children are grown] Page, based in Vancouver, advocates for CFM federal affairs clients and plays lead roles on public affairs projects in Oregon and Washington. Page is an experienced advocate on transportation, housing and infrastructure issues. She worked at CFM from 2013 to 2017 and rejoined the firm in 2022. Page earned her undergraduate degree from the University of Puget Sound and a master’s degree in regional and community planning from the University of Oregon. Before joining CFM, Page worked for Washington Senator Patty Murray, Pacific Northwest Waterways Association and as a land-use planner. She is an avid biker, hiker, golfer and reader who recently took up pickleball. [Secret ambition: To write the next great American novel.] 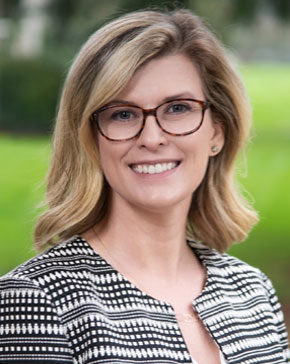 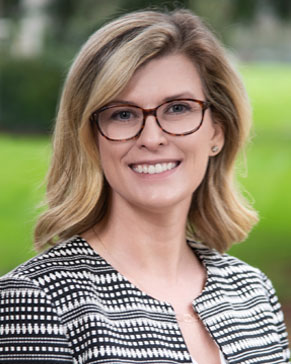 Katie manages CFM public affairs projects in Southwest Washington, leads the firm’s new state lobbying operation in Olympia and assists the Federal Affairs team in grant writing. A licensed attorney, she joined CFM after a successful career as a political consultant advising on large-scale public works projects, bonds, levies and initiatives, as well as political races. Katie spearheaded the campaign in which Vancouver voters approved a $42 million, seven-year housing fund for very low-income households. She began her career while still a college undergraduate as a policy adviser to Clark County commissioners. Katie graduated from Clark College and Washington State University Vancouver before taking her law degree from Willamette University. While attending Willamette, she participated in legal programs in Shanghai, China and Sydney, Australia. Katie is a third-generation Washingtonian from a family that has lived in Clark County for 80 years. She, her husband and twin preschoolers stay busy on a 10-acre tract in Yacolt and enjoy antiquing and “playing tourists” at Pacific Northwest attractions. Katie is a graduate and board member of Leadership Clark County, where she mentors young women interested in the law and politics.  [Secret ambition: To have her home and garden featured in Better Homes & Garden]

We achieve outcomes for the organizations we represent. Often that impact can be measured in real budget results. Want to see all our success stories?

Highlighting Challenges of an Aging Population